Hydraulic filters, sometimes referred to as strainers, are part of the hydraulic system and function simply to remove foreign contaminants from the system. There are four basic types of hydraulic filter media: traditional cellulose, synthetic, wire mesh and hygroscopic (water absorbing) medias. Standard filter elements have several pleated support and filtration layers. An ideal hydraulic system is equipped with seals and other protective devices, as well as several filters, based on the complexity of the system. Contaminants may enter the system during maintenance or in the event of seal failure – both are common.

There are many performance variables for a hydraulic filter, but the basic key measurement of a filter element centers around efficiency of contaminant removal. A general rule of thumb is that a premium filter should have a high dirt-holding capacity – the higher the better. The means by which this is expressed is through the Beta ratio, which characterizes the filter efficiency for a given particle size. In simple terms, it is the number of particles upstream of the filter divided by the number of particles downstream of the filter. A highly efficient filter – one that is 99% efficient for example – has a Beta ratio of 1,000, whereas a 50% efficient filter would have a Beta ratio 2.

A hydraulic filter is installed to capture pieces of metal, dirt particles, unwanted chemistry and/or water. During the operation of a hydraulic system, particles, water and oil degradation are produced continuously, as hydraulic fluids are in contact with moving parts in the system. Oil contamination accounts for the highest percentage of failures in a hydraulic system. Solid particles in high amounts are transported by the oil flow, and these particles can become wedged between metal parts, destroying the surface and creating millions of new particles, if not filtered out.

Water is another major threat to a hydraulic system. Small amounts of water in a hydraulic fluid reduces the lubricity of the fluid. This water under high pressure creates micro pitting in gears, bearings and pumps, also adding to particle build-up in the system. A highly efficient filter in a system will reduce contamination and system breakdowns, while also increasing safety and component life.

Higher operating pressures and closer tolerances are the costs associated with progress in hydraulic filtration, and this is most noticeable in high-pressure applications. Advancements in these areas require proactive maintenance, as the system is predisposed to wear and, ultimately, damage from contamination at lower levels. Oil temperatures are also a huge factor. According to Arrhenius’s Law, for every 1 C increase in temperature, the rate of reaction doubles. Oxidation, due to the presence of air and hydrolysis due to water, can lead to varnish and sludge build-up on a system’s filter.

Modern synthetic filter media technologies provide a whole new level of filtration performance. These medias increase the dirt-holding capacities of the filter and reduce pressure drops, which results in enhancements in protection and performance.

The area of opportunity I see in hydraulic filtration is through advancement in the filter media. Composite products that have higher flow with less pressure for example. These medias will be thinner, but stronger, and will remove particles and water at higher efficiencies and pressures.

The years to come

Hydraulic filters are utilized primarily in industrial and manufacturing applications. The demand for these primary applications will remain strong even into the electrification age. New e-hydraulic systems will have both forward and backward integration with conventional systems.

Another significant factor in the growth of this market will include investments in infrastructure. The IoT (Internet of Things) will play a guiding roll in the growth and demand of ever-increasing complexity of hydraulic filter systems. With less skilled labor, there will be a need for more artificial intelligence so controls, sensors and complex filtration systems that are designed for efficiency are going to be where the opportunities for growth exist in the years to come. 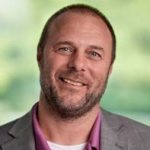 Microfiltration membranes for clarification of juices

Energy savings at the forefront of nonwoven filter technology development