In the metal working industry, many operations use a fluid to perform the desired function. It is economical to clean the fluid as it can be recirculated for continued use. The cleaning device can be almost any technique that has the ability to separate the liquid from the solid – filters are not the only choice. This article will introduce a range of separators and show where their role as liquid cleaners differs from filters. The article covers only liquid/solid separation. There are many other factors, which are not included here, such as tramp oils with water base fluids and foreign water with oils. These topics will be addressed in future articles.

Since filtration is an all-encompassing term, we will define the section covered in this article before we start. Some terminology has become loose jargon over the years, particularly in the industrial liquid filtration field.

Industrial liquid filtration covers mainly what is called coolant filtration applications, which are metal and nonmetal working operations such as grinding, machining, drawing, rolling, and forming. It also includes other processes that use a fluid in their operation, such as quenching and flushing.

A filter is any device that forces a liquid through a barrier to intercept the contaminants as the liquid passes through.

The contaminants mostly with coolant applications are continually generated so the cleaning device will cope with a constant input of undesirable material.

Typically, the term “filter” is used for any cleaning device when there is a filtration system; even when actual filters are not involved. In fact, when media filters were first introduced, they were called “positive filters” to differentiate them from other separators.

A clarifier is any device that is designed to clean a liquid by separating the suspended material from the fluid.

There are filters and separators; both are in the category of clarifiers.

A clarifier is any device that is designed to clean a liquid by separating the suspended material from the fluid.

A filter is any device that forces a liquid through a barrier to intercept the contaminants as the liquid passes through. It takes advantage of the contaminant size or physical state to trap it on the surface or in the “voids” found in fabric/cake thickness (interstices).

A separator is a device that capitalizes on a specific characteristic of the contaminant as it relates to the liquid to separate it from the fluid, it does not use a ”barrier” to force the liquid through.

These devices are found in the industry as pressure, vacuum, or gravity filters. There are all kinds of bed designs and arrangements. Also, bag filters, cartridge filters, plus plate and frame filters are in this category.

A separator is a device that capitalizes on a specific characteristic of the contaminant as it relates to the liquid to separate it from the fluid, it does not use a “barrier” to force the liquid through. The concepts are weight by gravity, centrifugal force, flotation and magnetic.

Separators with the gravity concept

The gravity settling concept uses the weight of the suspended material as it relates to the fluid.
Retention tanks are one class that holds the contaminated liquid long enough so the heavier material will fall to the bottom and be conveyed out for collection.

Figure 1 shows a typical design used as part of a closed-loop system. There are many designs, and this concept also applies to materials that are lighter than liquid, but that is another subject.

Centrifugal force on the contaminant

Centrifugal devices also take advantage of the contaminant’s weight only they use centrifugal force to accelerate the separation of the coolant from either the solids or the foreign fluids. In some cases, recovery of the foreign material is the primary objective of the operation.

Figures 2 and 3 show typical units. Figure 4 is a typical bowl centrifuge, however there are designs where the bowl is inverted to more effectively remove the accumulated solids once the spinning stops.

A hydrocyclone is a centrifugal device where only the liquid is forced to spin inside the chamber instead of the chamber spinning as with centrifuges. They mainly are successful when the particle is granular in shape and has a specific gravity of about three times that of the liquid. They are mostly used on water base fluids. There are many versions and sizes. Figure 5 shows a typical hydrocyclone.

Figure 6 shows a rotor-stator assembly where air is whipped into the fluid to adhere to the particle.

Figure 7 reveals a dissolved-air unit where the air is forced into the liquid under pressure in the holding chamber. Once it is released into the main tank, the air escapes and minute bubbles attached to the particles (nucleates) and carries the heavier particulate to the surface.

Magnetic separators use the magnetic characteristic of a ferrous material to pull it out of the fluid. In all designs liquid velocity through the magnetic fields is an important criteria to achieve effective separation.

Figure 8 shows the simple magnetic drum or disc. It comes in many different designs and can be placed almost anywhere in the system.

Figure 10 shows a rotating curtain made up of magnetic bars. These are used in large reservoirs where coverage is important. They are found mainly in steel mills.

In addition to all the above there are a number of small units made up of bars which are assembled in grids or mazes or combined with in-line filters. The imagination is full of possibilities for applying magnetic components to devices to clean industrial liquids.

As stated in the introduction, not all cleaning devices are filters. In other words, all filters are clarifiers, but not all clarifiers are filters. This statement is not intended to diminish the value of filters; filters are the most versatile and have a greater ability to cope with the variables the system encounters. The intent is to show that separators are another option; particularly when time, space and budgets are limited.

This article shows the most popular separators in the field. Not all features, details or limitations are included. It is important that all who are involved with the application, be part of the selection process. There may be unknowns which could influence the final decision. 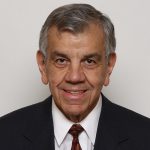 Acquisitions Have Shaped the Filtration and Separation Market

While mask types may vary, consistency is key to ensure test accuracy

The Media Is the Message at FILTECH 2023