Costs are rising and budgets are tightening. Decision makers in all industries are trying to minimize costs while simultaneously maximizing output. One place where costs have risen in the past year specifically is the oil industry. Not only does this mean rising gas prices for the general public, but it also means rising prices of oil used for industrial processes. This fact has operators looking at embracing any tactic available to them that will drive down the cost associated with purchasing new oil and disposing of the used oil. This cost-saving initiative, along with the added pressure of environmental regulations, the uncertainty associated with prices in the future, and a growing stakeholder opinion on reducing dependency on oil, has decision makers putting a strong effort toward introducing oil reclamation technology into their operations.

There are two ways that oil becomes unserviceable after being used in a process and both involve the introduction of water. There could be either emulsified water or dissolved water present in the oil. In either event, in order to reuse the oil in a process, this water needs to be effectively sifted out. There are a handful of ways to accomplish this, with strategies differing in terms of cost and effectiveness.

The first approach is through gravity. This tactic has a low-cost initial investment and is only recommended for non-critical, high-volume moisture applications. Through gravity, the oil settles and separates from the water. Keep in mind, this is not the most meticulous approach. Thus, once the water is removed, the oil isn’t in its purest state. It can be used again, but not in environments that rely on a pure, like new oil.

The second approach is centrifugation. This is more of an enhanced gravity separation. This will cost more money upfront but has a relatively low to moderate operating cost. The key advantage over gravity is time savings and volume of oil processed.

In a sense, the other four methods discussed are designed to “squeeze” the water out of the oil. With vacuum dehydration introducing an element of heat and pressure, you can be assured the water and gases are being stripped away.

The third approach to removing water from used oil is through polymer. This typically takes the form of a pleated filter cartridge, where the media is the star. Again, this has a low upfront cost, but can have a higher operating cost because of the repeated need to replace the filter when it hits differential pressure indicating the filter’s life span has ended and requires a filter change. This is an ideal solution to remove free and emulsified water in intermittent or low-volume scenarios. Depending on the volume of the oil and other impurities within the oil, the filter can hit differential pressure relatively quickly, increasing the monitoring and labor to operate.

Next is the more widely adapted strategy of coalescing. This is understood well in the industry and typically, if an operator knows there is consistently going to be a need to separate oil from water, they will have a coalescing operation on the premises. This is a fairly expensive undertaking up front; however, it has a lower operating cost once installed. We see this approach used in separating water from fuel and in heavy industrial spaces that use oil for cooling in various pieces of equipment. You can even use coalescing technology to remove oil from exhausted air.

All the aforementioned strategies are effective, time-sensitive ways to remove the water from the oil sufficiently enough for certain uses. However, in all four of these approaches, one cannot be confident that the oil is returned to its purest, original state. Because of this, the applications are limited for the reconditioned oil.

The fifth and most comprehensive approach is where we’re seeing the most movement as of late – vacuum dehydration. This is the truest form of oil reclamation of the five approaches. In applications that require a pure state of oil, the only way to transform used oil to function in this environment safely is through vacuum dehydration.

What is vacuum dehydration?

This is typically a skid-based system that removes free, dissolved emulsified level of water to below the oil saturation level. It is a timely process that focuses on quality, which is why it is not typically used in situations where the oil needs to be reconditioned quickly. Through vacuum dehydration, the oil is heated under pressure to lower the vapor pressure of any emulsified water present. This is the most efficient way of completely removing the water from the oil.

In a sense, the other four methods discussed are designed to “squeeze” the water out of the oil. With vacuum dehydration introducing an element of heat and pressure, you can be assured the water and gases are being stripped away. By introducing a method of prefiltering out any particulate solids present, oil can be brought back to “like new” condition with a vacuum dehydration oil reclaiming system. This essentially extends the life of the oil, saving the operator money on purchasing new oil and disposing of used oil.

With any system there are different levels to best fit the needs of the customer. For vacuum dehydration oil reclaimers, we group them into two levels: standard and high flow. The differences, as one would imagine, are in the volume capabilities. The high flow reclaimer operates at a higher level and is used for applications such as reclaiming insulating oils in high voltage transformers. Outside of a few, very specific applications, standard reclaimers are the typical model utilized.

The applications are vast for this technology. However, we’re seeing this technology gain a much stronger foothold in environments that use lubricating oils, heat transfer fluids, hydraulic oils, and transmission fluids. The industries that see the greatest return on investment are power generation, mining, pulp and paper.

The process is effective in a single pass, meaning it only takes one pass through the system to make the transformation into “like new” condition. If a customer anticipates or has seen dramatic swings in water levels within their oil, this system can be equipped with recirculating capabilities (and we highly recommend it). If an event happens that causes a large amount of water to be introduced to the oil, the recirculating feature is activated, and the process will repeat itself until the oil reaches the point it needs to be.

The environmental benefits of this process cannot be understated. Organizations are able to drastically reduce their carbon footprint by reclaiming the oil they are using in their processes. From a corporate responsibility perspective, reclaiming the oil it uses allows corporations to improve their cost-saving initiatives while at the same time making smart environmental decisions. Achieving two corporate advantages by adopting one technology investment is very appealing.

It is fair to say that most organizations that use a high volume of oil and introduce a vacuum dehydrating oil reclamation system to their process will see their investment pay itself off within six months. Given the volatility of the global economy as it relates to oil specifically, eliminating this element of unpredictability is quite the benefit. By reclaiming and reconditioning the oil, this market variance no longer remains relevant, if at least for this particular cost.

Previous Innovation for the world.<br>Solutions for you.

Next A tale of two convention centers 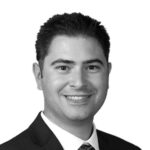