Croft Filters Ltd, based in Warrington, U.K., has been designing and manufacturing customized filters for industry for more than 33 years. During that time, I’ve noticed that whenever a general election is called in the United Kingdom, the phone stops ringing, email inquiries drop off and the order book diminishes. Once the election is past, inquiries increase and orders are placed. Perhaps this is the result of a delay in proceeding with new projects until the election results are known, or by a general reluctance to spend money on new orders prior to an unknown change in tax rule, or perhaps a bit of both.

Whilst, U.K. and worldwide businesses are accustomed to elections occurring in different countries, there is a precedence of knowledge of the political parties involved and their respective general stances on trade policies. However, the question of leaving the European Union is unprecedented and has no background information of the consequences nor outcomes of this decision on worldwide trade following this result. Hence, in 2016, the U.K. entered one of the longest periods of business uncertainty in modern times.

Here at Croft Filters, we have experienced this ourselves. One of Croft Filters’ major European customers in the power generation industry has substantially diminished its regular orders, citing potential supplier delays. We found this surprising as Croft usually supplies orders within five working days and would not experience major delays in fulfilling the order. As yet, there is no information on potential time scales for border delays, and so no concrete knowledge to feed into supply chain planning.

In April 2019, U.K. manufacturing output experienced its sharpest monthly fall (a decrease of 4.1%) since 2002. This arose from the actions planned and taken by businesses in preparation for the original leaving date of March 31, 2019, such as the planned maintenance by car manufacturers to avoid potential border delays.

Prior to March 31, 2019 – the original proposed date for leaving the European Union – many U.K. manufacturers stockpiled materials in anticipation of upcoming border delays. This in turn generated costs to the businesses and storage issues. Make UK reported the increase in stockpiled materials as the highest level ever recorded in the G7, and it was accompanied by increased demand, 32%, for warehousing space. Further delays in the official EU departure date reduced the stockpiling of materials and limited contraction in the manufacturing industry (Financial Times Survey, November 2019).

For SMEs, the further delay had the most significant impact, as having already stockpiled material, they were then limited due to cash flow issues and warehousing space to react further.

The ongoing lack of knowledge and uncertainty has provided U.K. companies with the need and drive to re-examine their supply chain and review their business practices. Within the construction industry, some brick kilns in the U.K. closed following the financial crash in 2007, lead time for building bricks can now stretch to 20-26 weeks. This resulted in a broader review of practices by Orbit, a U.K. housing association, and they now plan to move to an offsite manufacturing model to solve delays in their operations (Inside Housing, July 2019).

As a customized filter manufacturer, we have no “standard” products, and as such have a greater diversity in material requirements to provide the best filtration solution. We currently source our materials from within the U.K., Europe and the United States. For some of the woven wire meshes, supplier choice is very dependent on the weave and filtration level required, as the solutions are highly specialized.

Reviewing our mesh supply chain, prior to March 2019, we recognized that for some of the more common mesh utilized we could introduce a leaner supply model, by ordering more and reducing the number of required deliveries. A small change, but one that reflects how other SMEs may have also reacted in this period of uncertainty. Generating a leaner business model resulted from the demand of certain change.

Knowing that change is coming forced U.K. manufacturers to dedicate time to examining their supply chains; time they may not have spent without Brexit looming. For some, this has highlighted potential areas for innovation and cost saving and may represent a small “silver lining” on the wave of undefined change.

Adoption of new technologies or processes that can reduce or eliminate pinch points in the supply chain, such as metal 3D printing, have led to a supply on demand capability without an increase in warehousing needs. Croft Filters has adopted metal additive manufacturing to deliver novel AM filtration media designs and overcome supply chain lead times. This strategy of increased flexibility in manufacturing methods can enable SMEs and larger companies to strengthen their supply chains to cope with change.

The prospect of U.K. exports now having to deal with customs and tariffs to the EU may present initial logistical problems, with time delays and extra paperwork. But for most U.K. businesses issues will be decreased when tariffs are known and the new system is fully adopted.

Economist are expecting a positive bounce back effect on manufacturing output, following the U.K. general election in December 2019, and the subsequent definitive leaving date. 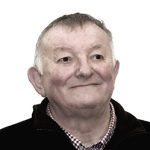 Neil Burns is a founder and co-director of Croft Filters Limited, based in Warrington, United Kingdom. He has more than 34 years’ experience developing and delivering high-quality filtration solutions to a range of industries in the U.K. and worldwide. His engineering experience began with wire mesh fabrication, then mesh suppliers to custom filter manufacturing. Burns’ role as director covers all aspects financial, product development, growth strategy, staff skills and recruitment and marketing. Burns earned his MBA from the University of Liverpool in 2012 and a master’s of science degree from Lancaster University in 2019. He is the Past-Chairman of the Filtration Society, U.K., and is a Committee Member of ASTM Standards Board (USA) and a Committee Member, ISS Standards Board (UK). He can be reached at neil@filters.co.uk

A sea change in the filter industry is underway