Conventional horizontal filter presses suffer from one major disadvantage, i.e., operators must be present during cake discharge to assure that all cakes are removed (to avoid potential leakage and/or damage). As a result, a significant number of mechanical devices have been developed over the years to automate this cake discharge (e.g., traveling cloths, shakers, vibrators, rappers, plate thumpers, etc.). All of these suffer from mechanical failure as well as relying on positive cake release. If the cakes are even slightly sticky then those devices will not guarantee 100 percent cake removal. This article discusses the history of these devices and introduces a new positive cake scraping device, which assures 100 percent removal even with very sticky cakes. Case histories will be highlighted where this new cake scraper system has been successfully applied.

Filter presses have been used for fine pharmaceutical, pigment, food, beverage, etc. dewatering for over 100 years due to their versatility, excellent cake washing capability, high solids cakes, and efficient capture (or excellent filtrate quality), (Refs. 1, 2). Traditionally, the manual plate and frame design has been primarily used, but the need for automation has resulted in the recessed chamber plate design and in the 1980s, the more advanced membrane recessed plate design, (Refs. 2-5). This recessed chamber design permitted automatic plate shifting, such that operators were only required to standby with cake scrapers during cake discharge to assure that the cakes dropped (or released from the filter cloths), (Ref. 3). As a result, this recessed chamber filter press technology (or as more commonly called: standard recessed) gained a tremendous resurgence at the time by replacing rotary drum vacuum filters (RVFs), belt filter presses, and centrifuges (the so-called “big-three” dewatering devices in the municipal wastewater industry—Refs. 3, 4). This trend was particularly evident in Europe and Japan where environmental demands placed increased emphasis on high cake solids to reduce landfill volume and cost.

In the early 1980s, the membrane recessed plate filter press was developed (Ref. 3), which produced even drier cakes and enhanced cake release, which spurred even further development (i.e., ganged plates, vibrating plates, moving cloths, cloth spreaders, cloth washers, etc.), all geared toward improving cake release and thus, automation. Even cloth manufacturers participated in this trend with vastly new cloth designs and types. As a result, the membrane plate filter press became the technology of choice for dewatering difficult sludges including municipal and industrial biosolids (Refs. 5-16). Even in-situ drying has been developed (Ref. 17), which further increases cake solids and enhances cake release. However, despite these advancements, municipal and industrial wastewater cakes tend to be sticky and 100 percent cake release cannot be assured. As a result, practically all these membrane press applications require operator attention during cake discharge.

Another filter press development that should be mentioned is the automatic pressure filter (APF or tower press) based on a Russian patent, and later developed by Hoesch and Larox (Refs. 2, 3, 18). A subsequent somewhat similar development (Filtra­ Systems’ Verti-Press – Refs. 19-21) offered a lower-cost simpler design. Basically, these three APF designs have moving cloth belts that assure positive cake discharge out their sides since these presses are mounted vertically with horizontal filter plates (in contrast to horizontal presses with vertical plates which require gravity cake release from fixed cloths).  However, they all suffer from the disadvantages of high cost, limited filter area, and mechanical complexity. A new version (Ref. 22) is reported to eliminate all the mechanical problems, but it still is relatively high in cost.

Major efforts to improve cake release have been directed at cloth developments (i.e., refs. 23, 24); but even though dramatic improvements have been made, 100 percent cake release cannot be guaranteed. Most filter press vendors will inform their customers that operator(s) need to be present during discharge.

Still another approach taken by some horizontal press vendors [i.e., Envirex (Ref. 25), I-R Lasta, Kurita, lshigaki, etc.] is to move the cloths downward with chains so the cakes are positively released into the dumpster below. On the upward movement the cloths can be washed (i.e., the Lasta press). Unfortunately, the cost and complexity of these presses have precluded their widespread use; and in fact, most Lasta presses have been converted to simple horizontal presses while the Kurita press has fallen out of favor for municipal dewatering (i.e., the City of Montreal).

Another approach on the same theme is the “chained-plate” concept where the plates are opened all at once while the press ram is opened (i.e., all plates are linked together usually in a side-bar press design). Side-bar lifters can also be used so the plates ride over humps and then drop in a thumping fashion to assist in cake release (i.e., Shriver, Hoesch, Netzsch, Putsch, etc.). But, again this device still relies on cake release from the cloths, which cannot be assured with sticky biological cakes.

As a result of these past filter press developments and the need for further automation of industrial and municipal biosludge dewatering, Netzsch has developed a fully automatic cloth spreader/cake scraper mechanism that is integrated with the automatic plate shifter (Ref. 26). In addition, a cooperative development was launched with Klinkau, Inc. (Ref. 27) that produced a special polypropylene membrane plate for 30 bar (450 PSIG) cake compression (squeezing) that produces even drier cakes than the standard 15 bar (225 PSIG) membrane filter press technology currently practiced.

Description of the Process

The basic filter press is a conventional side-bar design, but with upgraded and stronger side-bars to accommodate the 30 bar {450 PSIG) squeeze pressure. The plates are a special Klinkau/Netzsch design with a bottom-center outside feed-eye so as not to interfere with the cake scraping process. The plates also utilize Klinkau’s overhanging (OH) membrane plate design (Ref. 27), so that broken membranes can be replaced without discarding the entire plate, a cost-savings to the municipality. This combination permits unhindered access for the cake scraping mechanism.

The cake scraping mechanism first exhibited at Achema 2000 is a unique design incorporated with Netzsch’s reliable side-bar plate shifter. As a plate is shifted, limit switches interrupt its complete travel and the cake spreader/scraper mechanism is engaged. It traverses overhead (the reason for the side-bar press design) and then via limit switches engages the plate and scrapes both cloth sides around the plate to positively remove any and all stuck cake pieces. The scraper mechanism consists of a cloth spreader mechanism so cloths (attached overhead with support bars and springs) separate from plate, thus permitting back-support blades of the cake scraper to traverse downward behind the cloths along with front, cake-side scrapers. These scrapers are positioned such that a distinct shearing action is imparted on the cloths to positively remove all stuck cake. The scrapers are made of ultra-high molecular weight polyethylene (UHMWPE) and the cloths of nylon to minimize wear. Once the downward scraping action is completed, the scraping mechanism moves upward to its rest position and the plate is completely shifted. The cake scraping mechanism only doubles the typical cake shifting time so adds little to the overall cycle time, especially since most municipal biological sludges require 3 to 5 hour cycle times.

This plant dewaters anaerobically digested sludge from a central sewage district (0.6MGD) in a single 1,200 mm, 30 bar Netzsch press outfitted with a cake scraper. It uses only polymer conditioning and produces 30-38 percent cake solids depending on plant waste; and then utilizes a cake dryer to achieve 90-92 percent solids in pellet form suitable for land application. Most cakes drop by gravity, but the cake scraper mechanism guarantees 100 percent cake removal and the assurance that operators need not be present during cake discharge. Only four operators operate and maintain the entire WWTP 24 hours/day, 7 days/week. This press has operated for 1.5 years with absolute no maintenance except for one plate failure. Again, weekly, automatic high-pressure cloth washing is practiced but acid-washing is not done. The weekly cloth washing is necessary to assure high filtration rate.

The original set of cloths is still being used after 1.5 years’ service despite cloth/cake scraping done every cycle. Plate shifting time is only 10-12 seconds, with the scraping mechanism, which again is only about double the normal plate shifting time.

This plant dewaters normal anaerobically digested sludge from a municipality (7 MGD) and a large cellulose fiber industrial plant (50-100 MGD), in a large 1,500 mm, 30 bar Netzsch press outfitted with both a cloth spreader and cake scraper. It utilizes only polymer conditioning and achieves 45 percent cake solids with the municipal sludge and 25 percent solids with the industrial sludge which is landfilled. Prior to the press installation, the municipal sludge was land applied, but the sludge plugged the soil pores. Also liquid storage was a problem whereas cake can be stored for the spring planting season (e.g., Refs. 10, 11).

The plant was skeptical that biosolids dewatering could be done with polymer conditioning only, but its almost 4 years of operation without operator attention convinced them of the reliability of the Netzsch technology with the automatic cake scraper mechanism. Again, only four operators perform all chores associated with the entire plant operation, including routine maintenance. After more than a year of continuous operation at almost full plant capacity, they have encountered no plate failures and are still using the first set of cloths. The only maintenance problem encountered in the whole installation was a few broken air-hoses on the shifter/scraper mechanism, which were easily replaced. Again, weekly cloth washing is done to assure good filtration rate, but no acid-wash system is employed here. A special slicing-type cake conveyor is used to feed sludge to a macerator, which size reduces the cake necessary for the compost operation.

This plant dewaters undigested sludge from a local sewer district (0.4MGD) in a single 1200 mm, 30 bar Netzsch press completely outfitted with a cloth spreader/cake scraper mechanism, a cloth washer, and an acid-wash system. The reason for all three is that the cakes are extremely sticky because the wastewater contains blood from a local slaughterhouse. As a result, a small amount of crushed stone filter aid is used to enhance dewatering, which significantly increases the wear on the filter cloths. Even despite this increased wear, the plant only has had to replace about 30 cloths and one set of scraper blades in nearly three years of operation. The cloths are washed every two weeks and acid-washed about every two months. Only two operators attend to this entire plant, which could not have been accomplished without the operator-free Netzsch 30 bar press with the cake scraper. Only 28 percent cake solids are achieved here, and every cake sticks to the cloths and requires scraping. The cakes are conveyed with a shaftless screw conveyor to a macerator that prepares it for on-site composting.

Ernest Mayer, Ph.D., is the president of E. Mayer Filtration Consulting, LLC. He specializes in solid/liquid separation (SLS) technology. His work with the DuPont Company of Wilmington, Delaware has spanned 40 years with special projects and successes in filter media developments, wastewater treatment, process filtration, and overall process testing, development, specification, implementation, and startup. Dr. Mayer can be reached at ernestmayer6@gmail.com or 302 981-8060.

The author wishes to acknowledge Mr. Paul Scholtyssek of PLS Filtration Consultants, LLC, and R.S. Rieber of Traclana, LLC, for their valuable assistance.

Next Trends that will shape the future of filtration 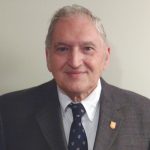 Ernest Mayer, Ph.D., is the president of E. Mayer Filtration Consulting, LLC. He specializes in solid/liquid separation (SLS) technology. His work with the DuPont Company of Wilmington, Delaware has spanned 40 years with special projects and successes in filter media developments, wastewater treatment, process filtration, and overall process testing, development, specification, implementation, and startup. Dr. Mayer can be reached at ernestmayer6@gmail.com or 302 981-8060.

Water’s ‘Big Six’ – Who are the major users of water & wastewater filtration in 2021?