Bioenergy with carbon capture and sequestration is now high on the list of technologies advocated by environmentalists. The reason is that it is carbon negative. If a coal plant switches to BECCS (BioEnergy Carbon Capture and Sequestration) it would take as much CO2 out of the atmosphere as it was previously contributing.

The implications for the filtration and separation market are very substantial.1

There is likely to be a three-stage process.

Each MW of biomass replacing coal has a CO2 reduction effect and is deemed CO2 neutral. The biomass extracts CO2 out of the air and the power plant puts it back into the air. However, since fossil fuels are not used there is no net addition of CO2.

Third Stage: The CO2 from the biomass combustion is captured and sequestered. At this point the plant becomes carbon negative.

CO2 levels have risen from 360 ppm to over 400 ppm in just 20 years. The reduction can be just as swift.
With BECCS, converted coal plants would take CO2 out of the atmosphere as rapidly as they once added it. So, in just 20-30 years the level could be reduced to 360 ppm.

Despite reduction in coal-fired capacity, in some countries coal will remain a major power plant fuel. The IEA 2021 forecast assumes global GDP growth of 5.2% this year. Coal consumption will rise 2.6% to 7,432 Mt as a result of increased demand in China, India and Southeast Asia. The 2021 outlook includes strong GDP growth of 8.2% in China that will drive additional coal use, particularly in the electricity sector. Likewise, the rebound of electricity demand in Europe in 2021 will put a temporary brake on the structural decline of coal. Higher natural gas prices for power generation in the United States could make annual coal demand increase for the first time since 2013.

In 2003 world coal capacity was only 1.3 million MW. But this increased to 2.1 million MW in 2020. It is projected that coal-fired capacity will reach 2.2 million MW in 2050 given the present plans. Retirements in Europe and the U.S will be offset by increases in Asia and Africa.

The cost of conversion of an existing coal-fired plant such as Drax to BECSS is far less than building a green field plant. Therefore, existing coal plants should be viewed as a resource to be preserved should the maximum amount of greenhouse gas reduction be needed.

If all coal-fired plants were converted to bioenergy the coal fired power plant contribution would drop to zero. If all these plants installed BECCS the contribution would be a negative 7 billion tons of CO2 per year. This is an amount sufficient to ensure reduction in ambient CO2 levels given modest reduction from other sources.

The International Energy Association predicts that bioenergy use will be greater than oil and contribute one third of the world’s total energy. Much of the energy use in developing countries is biomass which is used for cooking and heating fuel. IEA also says that the technical potential for biomass is as great as the present coal use (388 EJ).

Drax is leading the way. It has converted a 4,000 MW coal-fired power plant to burn biomass. It owns wood pelletizing operations in the U.S and is moving forward with carbon capture and sequestration.

It is also working on related technologies such as manufacture of food pellets and use of turbines using gasified biomass. A number of other projects are moving forward including industrial projects in Europe where there is a readily available sequestration resource. In some cases, the beneficial use of CO2 for EOR is practical due to the location.

The opportunity is particularly attractive for those Asian countries who will build coal-fired plants in the next 10 years. If the potential for eventual conversion to BECCS is considered during the design, the conversion can be made more economical. For example, fluid bed boilers are more fuel flexible than coal-fired boilers.

BECCS will create large markets for many types of filtration products.

With the realization that a coal plant can be made greener than wind or solar, the retirement of coal plants will be greatly reduced. Instead, operators will embark on the three-stage process. So the positive impact on the filtration industry will be immediate.

The planned expansion of coal-fired capacity in developing countries will proceed. However, many of these plants will be designed for later conversion to biomass firing.

At a later date when carbon capture is needed there will be investment in CO2 absorbers. Also, particulate removal will be required, which is beyond the present emission limits. Small quantities of mercury can destroy CO2 piping.

BECCS will be applied in many industrial and municipal applications. Municipal sewage sludge, food wase and even municipal solid waste can be converted to biofuels. In some cases, the combustors are near oil fields or chemical plants which can utilize the CO2.

In order for the world to become net neutral you need substantial carbon negative operations to offset CO2 emissions from sources which cannot switch to carbon neutral alternatives.

The BECCS option gives flexibility to the CO2 challenge. There is no longer a magic tipping point beyond which there is a no recovery. The big potential to convert coal plants to BECCS means that CO2 levels can be reduced as needed. 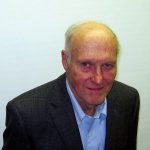 The IAQ challenge – where do we go from here?

Ahlstrom-Munksjö acquires land next to its Louveira plant in Brazil