The short answer is that media for liquid filtration can end up virtually anywhere.

The global water and wastewater market is worth an annual $600 billion according to Evoqua Water Technologies of Pittsburgh, Pennsylvania, a dedicated supplier of equipment and services to the water industry, with 2020 sales of more than $3 billion.

This overall market, however, includes both capital and operating expenditures for the treatment of water by industrial, municipal, commercial, and residential end-users and, as such, involves a huge supply chain headed by some very big civil engineering players indeed, all steering and managing major infrastructure projects globally.

Incredibly, given the size and scale of these two companies, on April 12, 2021, their respective boards reached an agreement in principle on the key terms and conditions of a merger, to create a water and infrastructure group of unprecedented scale.

At the next level, like Evoqua Water Technologies, Pentair is a dedicated supplier of water filtration systems to industrial and consumer contractors, having in recent years divested its electrical businesses to focus on filtration.

A large portion of the water filter media market is built on the sale of filter materials, as either membrane supports or in pre-filtering systems. Because nonwoven filters are much less expensive than membranes, for example, prefilters are used to filter out a large volume of contaminants so that the more expensive membranes do not have to be swapped out as often. In membrane systems, the nonwoven may be both the support and the drainage layer, sandwiching the membrane material.

The following profiles of the six companies mentioned so far – highly diverse as they are – provide a snapshot of the global water industry, and the role of filter media and filtration systems within this dynamic application category.

The history of the Suez Group, as its name suggests, dates back to the construction of the Suez Canal, which began in 1859 and by the standards of any age was an ambitious project, providing vessels with a direct route between the North Atlantic and northern Indian oceans, and reducing the journey distance from the Arabian Sea to London by approximately 85,500 miles.

Suez Group’s growth and expansion over the next 160 years has been largely related to the provision of clean water, first in Europe and then around the world, which continues to this day.

GE Water had been expanding through numerous acquisitions since 1999 and following its acquisition, Suez established its new business, Suez Water Technologies & Solutions, with 10,000 employees and some 50,000 customers worldwide. 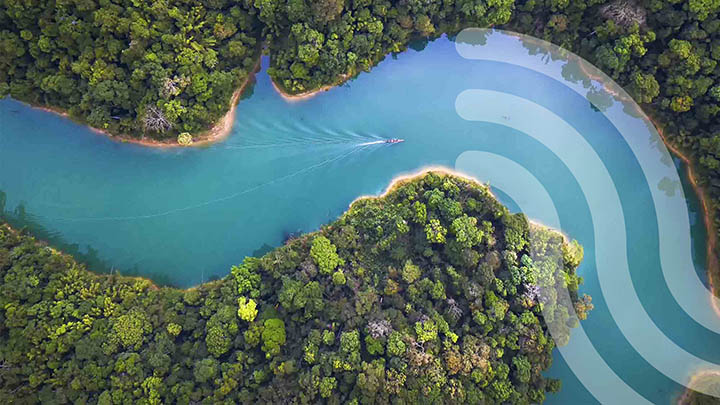 To mark World Water Day on March 22nd this year, Suez Group issued a press release outlining its commitment to the water industry, to which it commits €120 million per year in research, development, and innovation.

With a global production capacity of 1,780 million cubic meters of alternative water per year, Suez is also the world leader in both desalination and the reuse of wastewater.

Having built more than 3,500 desalination plants, the group has numerous municipal and industrial references and as a pioneer of reverse osmosis desalination technology, has been designing and developing complementary technologies since 1969 to optimize processes and reduce the operating costs and environmental impacts of producing drinking water from salt water.

Suez also operates around 300,000 kilometers of drinking water networks worldwide and has recently won performance contracts to reduce the volume of water lost in pipes in several cities around the world. In São Paulo, for example, it is targeting savings of around 4,000,000 cubic meters of water each year, and a similar project is underway in Panama.

To date, Suez has further sold more than a million smart water meters worldwide, including 2.6 million in France and 1.8 million in Spain.
Just how many of the Suez Group’s 89,000 employees are even aware of the role of filter media in their activities is, of course, unknown, but there is little doubt that the final destination of many such products is influenced by decisions made within this organization.

It currently manages 3,362 drinking water production plants and 2,737 wastewater treatment plants and 42% of its $26 billion turnover in 2020 was generated by water services.

Founded in 1853 to supply water to the city of Lyon in France and expanding outwards, Veolia conducts business through both contractual relationships with municipalities and partnerships with industrial and service sector companies.

For water treatment the group has a portfolio of more than 350 proprietary technologies, including physicochemical, bio membrane, membrane desalination and thermal and hybrid systems.

Veolia reports that it competes on water projects with major equipment manufacturers, such as Evoqua, Itron (Liberty Lake, Washington) and Doosan (Seoul, South Korea). In emerging countries, it also faces off against Spanish and Brazilian civil-engineering firms such ACS, Sacyr, Acciona and Odebrecht, particularly in seawater desalination projects, or Asian equipment manufacturers, such as Hyflux of Singapore and Wabag (Chennai, India).

In some developing countries, private or public/private companies also have a large local footprint and are the leading players in local markets, such as the Singapore-based competitor Sembcorp Group.

Like Suez, however, Veolia succeeds with many contracts simply based on the effects of scale linked to its size and its huge range of technologies and services.

On January 15, 2014, Evoqua Water Technologies Corp. acquired all of the outstanding shares of Siemens Water Technologies from Siemens AG and has subsequently grown through 16 further acquisitions. The company completed its initial public offering and began trading on the New York Stock Exchange in November 2017.

Building on a legacy of over 100 years of experience in mission critical water and wastewater treatment, the company now has more than 38,000 customers and has been responsible for over 200,000 installations worldwide.

Among recent acquisitions, during 2020 Evoqua took ownership of Ultrapure, a subsidiary of Driessen Water, operating from Houston and Dallas in Texas.

Aquapure Technologies, a Hamilton, Ohio, a provider of a variety of water treatment products and services, including deionization, reverse osmosis, softeners, and related filtration systems, was also acquired in 2020.

At the start of 2020, however, Evoqua divested its Memcor low-pressure membrane business consisting of microfiltration and ultrafiltration equipment and membrane bioreactors (MBRs) to Dupont, for $110 million.

Evoqua will continue to design, source, and assemble membrane-based systems for customers, incorporating component technologies from partners like DuPont whose core competence is in membrane development and manufacturing.

“We are pleased to expand our relationship with DuPont as we source innovative products to incorporate into our integrated solutions and services,” said Ron Keating, CEO of Evoqua at the time of the announcement. “We look forward to continuing our decades-long business relationship to bring integrated membrane-based systems and solutions to the marketplace.”

Evoqua and DuPont have a legacy of deep collaboration in ion exchange and reverse osmosis, with DuPont supplying materials for Evoqua’s system. That collaboration now extends to low pressure.

Pentair was founded in 1966 in St. Paul, Minnesota, and now has its principal office in London, and its management office in Golden Valley, Minnesota.

In 2018 it became fully dedicated to the water industry when its valves and controls businesses were hived off to create a new company called nVent.

In January 2020 Koch Membrane Systems was renamed Koch Separation Solutions (KSS) to better reflect its broad provision of services to the food and beverage, life sciences and industrial markets. The company originated through the initial purchase of a company called Abcor in 1977, and it has grown significantly through a series of further acquisitions.

Abcor developed separation and purification technologies which originated from the Massachusetts Institute of Technology in the early 1970s. It went on to develop a variety of leading-edge ultrafiltration products and systems, including the first commercial UF system for generating whey protein concentrate and the first spiral ultrafiltration membrane tailored for whey and milk processing.

MPW developed a range of nanofiltration membranes with excellent compatibility to acids and caustic at high temperature in the flat sheet, spiral wound and tubular configurations, as well as nanofiltration solvent stable membranes.

Puron AG, acquired by Koch in 2004, was formed as a start-up at RWTH Aachen University in 2001 to commercialize new MBR technology. Puron MBR technology has subsequently helped MBR become a preferred solution over conventional clarification for wastewater treatment.

At its core, the Puron hollow-fiber membrane has a robust composite structure that makes it virtually unbreakable. Its uniquely engineered pores facilitate high productivity and rejection while minimizing fouling and cleaning requirements.

Most recently, in 2019 KSS acquired Eco-Tec, the developer of a reciprocating flow ion exchange process and in 2020, Relco, a manufacturer of thermal separation and processing equipment, both reflecting the company’s intention to move into parallel fields to liquid filtration underlined in its 2020 name change.

A large portion of the water filter media market is built on the sale of filter materials, as either membrane supports or in pre-filtering systems. Because nonwoven filters are much less expensive than membranes, for example, prefilters are used to filter out a large volume of contaminants so that the more expensive membranes do not have to be swapped out as often.

Toray Membrane, a business within the Environment and Engineering division of multi-national Tokyo-headquartered Toray, is currently in the process of more than doubling the production of its RO membranes following the establishment of Toray Membrane (Foshan) in China in 2019.

The steady growth of the business began with research on reverse osmosis (RO) membranes in the 1960s, followed by initial production in Japan, which was doubled in 1985. Ultrafiltration membranes were introduced in 1990 and MBR technology in 1996. The business began expanding globally through the establishment of Toray Membrane USA in 2006, followed by further plants in China (2010), South Korea (2014) and Saudi Arabia (2014).

Toray’s Romembra and Torayfil technologies were also selected for the new seawater desalination facility in Brazil built for ArcelorMittal, the world’s largest steel producer. The principal objective of the plant is to decentralize the steel manufacturer’s reliance on the state’s water supply and contribute to water security to surrounding communities that rely on the same freshwater source.

In February this year, Toray introduced a new polyvinylidene fluoride (PVDF) UF membrane with an exceptional virus removal rate and high water permeability. It can contribute to safe and economical water supplies treated with minimal energy for various applications, from food and beverage through to wastewater reuse.

In recent years, there have been growing expectations for UF membranes to enhance pathogenic virus removal and water permeability without reducing safety or increasing costs. The problem is that reducing the pore diameters of membranes in order to remove viruses makes membrane resistance high, which results in lower water permeability.

Adrian Wilson is an international correspondent with International Filtration News. He is a leading journalist in the area of fiber, nonwovens and technical textiles. He can be reached at adawilson@gmail.com.

A sea change in the filter industry is underway