As the trendlines in the transportation category move away from filtration related to the internal combustion engine and toward alternative applications, such as cabin air, Mann+Hummel has been strategically diversifying its solution set in recent years. The Ludwigsburg, Germany-based company, which has long been a leading player in filtration for automotive applications, has made several key acquisitions and investments as it aims to broaden its scope and quickly ramp up its presence in attractive filtration markets outside of transportation. The company’s latest move in this regard was announced in March, with a deal to make a strategic investment in Pamlico Air of North Carolina in support of its growth strategy for its Tri-Dim business unit, which was acquired in 2018.

In 2016, Microdyn-Nadir acquired TriSep Corporation, adding expertise in reverse osmosis and nanofiltration, as well as custom water treatment solutions to meet specific application needs. With TriSep in the fold, Microdyn-Nadir could serve as a “one-stop shop” with a wide range of membrane filtration products.

In 2018, Micodyn-Nadir acquired Oltremare, a European manufacturer of spiral-wound membrane elements. Oltremare, based in Fano, Italy, is known for both the production of custom and private-label spiral products and the distribution of reverse osmosis, ion exchange, and other products used for water treatment and purification. With a strong presence in Europe, Oltremare enabled Microdyn-Nadir to further expand its global footprint.

“Tri-Dim is super strong in commercial and industrial sales with a sales force that is phenomenal, and Pamlico is super strong in the retail market,” said King. “And neither of those two market segments overlap at all. So it was kind of like the perfect marriage.”

In 2019, Mann+Hummel acquired a stake in Seccua Holding AG, further growing its portfolio for drinking water filtration with solutions for both point-of-entry and point-of-use applications. Seccua, founded in 2005, is a global provider of ultrafiltration systems for drinking water suppliers, public buildings and private households. Seccua develops, produces and sells solutions for the removal of pathogens, turbidity, drug residues and lime from drinking water without irradiation or the use of chemicals.

Another key area where Mann+Hummel has been active on the acquisition front is in air filtration outside of its traditional core area of strength in automotive.

Shortly after bringing on Tri-Dim, Mann+Hummel acquired Hardy Filtration, a Canada-based air filtration company, expanding the global footprint and manufacturing capabilities of Tri-Dim. Hardy brought experience in developing, manufacturing and marketing filtration products for various applications, such as air filters, paint booth filters and dust collector bags, along with a strong presence in the Canadian market.

In 2020, Mann+Hummel acquired Helsatech and Helsacomp, bringing expertise in elastomer and activated carbon technology for special industrial applications. “For us, as a niche provider of intelligent premium solutions in molecular air filtration, the takeover holds great potential,” said Norbert Gregor, vice president & managing director of Molecular Filtration at Mann+Hummel, at the time of the acquisition. “Mann+Hummel’s global infrastructure will enable us to accelerate our growth trajectory and step up our efforts in large-scale projects to reduce molecular emissions worldwide.”

The addition of Helsatech and Helsacomp by Mann+Hummel was touted as part of a larger push into molecular filtration where filtration technology is employed to remove molecules that are 1,000-10,000 times smaller than the particles removed by typical HEPA filters.

And now there is the Pamlico Filtration investment, a move described by Kurk Wilks, Mann+Hummel’s president and CEO, as “a tremendous opportunity to accelerate the growth of our Life Sciences & Environment business unit.”

Inside the Pamlico Air investment

As it is its most recent investment, a closer look at Pamlico provides some insight on Mann+Hummel’s approach toward diversification.

Mark King, president of the Tri-Dim business unit, said the Pamlico investment was the product of a discussion following the 2020 AHR Expo, where he had seen Pamlico’s latest sample boxes. King said he had known Harry Smith, CEO of Pamlico, for many years, as both are long-time filtration industry veterans, and he decided to give Smith a call.

Tri-Dim was particularly interested in getting into the retail HVAC space, an area where Pamlico had developed a presence.

“Harry had already started to get his footprint set up throughout the country, and retail really requires a large footprint,” said King. “It works well for Mann+Hummel because Mann+Hummel is set up to do retail business already with its oil filters sold in retails stores.”

For Tri-Dim, its core emphasis has always been in commercial and industrial applications. To go into retail alone would have essentially been a start-up, but with Pamlico by its side, King said Tri-Dim could expedite its go-to-market strategy. “They have expertise in retail that we just, frankly, don’t have,” said King.

“Tri-Dim is super strong in commercial and industrial sales with a sales force that is phenomenal, and Pamlico is super strong in the retail market,” said King. “And neither of those two market segments overlap at all. So it was kind of like the perfect marriage.”

“This strategic partnership with Mann+Hummel enhances Pamlico Air’s operational capabilities and gives us a significant stake in one of the most exciting segments of filtration,” said Harry Smith, CEO of Pamlico Air. “We see significant opportunities to drive value for Mann+Hummel’s air filtration business in the region.”

According to King, the merging of Tri-Dim and Pamlico is different than some of the other major acquisitions in the filtration industry over the past 10-15 years, where very similar companies combined and put distribution in the same market. “We won’t do that at all,” said King. “Pamlico will really be focused on retail and wholesale, and they will make us a stronger company on the C&I side because they’ve actually brought on some people that were ex-Flanders and AAF to help look at the upper end – pharma filters, microelectronics, nuclear-grade filters. The nuclear industry is an area we’ve never played in – we’ve always had opportunities – so that comes to the table for us as well.”

As one of the largest and fastest growing filtration segments in North America, the retail and wholesale air filtration market is a particularly attractive target for Tri-Dim and Mann+Hummel.

“The market was screaming for a new company to come in and be able to sell really good, high-quality indoor air quality filters, especially with COVID,” said King. “Before COVID no one knew what an air filter was in their house; they were putting a fiberglass pad in and thinking ‘oh life’s good.’ Now people want to put a HEPA filter in their home. So everything got turned up on its end over the past year.”

With the acquisition of Tri-Dim nearly three years ago, Mann+Hummel has essentially doubled its revenue in HVAC and cleanroom applications. The investment in Pamlico is expected to provide an even bigger step up in this area for Mann+Hummel.

As high-quality air filtration becomes more in demand in the HVAC space, King said Mann+Hummel is an ideal partner for Tri-Dim and Pamlico.

“I went to Mann+Hummel’s plants in Germany years ago, and I saw how they made air filters, and my thought was always, ‘holy cow, if we could bring that technology into HVAC production, it’s amazing what we could do,’” said King. “So that’s what we’re looking toward in the future, taking [Mann+Hummel’s] manufacturing expertise and quality and bringing it to the HVAC world.”

According to King, what sets Mann+Hummel’s acquisition strategy apart is the way it goes to market and merges companies. Mann+Hummel is an 80-year-old family owned business that is intent on staying that way by growing its presence in the filtration industry, said King. And while the company is very much financially driven, he said it is not a strategic financial company that is rolling a business up to sell it. “They want to grow this to be as big as what they currently have in the automotive business, so that’s kind of our goal,” said King. “They have a long-range view of what this is supposed to look like, which is super encouraging and exciting to be part of, because if we do this well, it will make Mann+Hummel’s Life Sciences group of companies a global leader in filtration all the way from your house to your office to your hospital to your pharmaceutical plant.”

EDITOR’S NOTE: This article was updated on June 2, 2021 to clarify the agreement between Mann+Hummel and Pamlico Air is a strategic investment, not an acquisition. 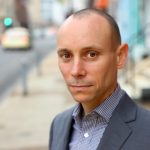 Matt Migliore is chief content officer for INDA Media. He has a master’s degree in Journalism from Temple University and has covered engineering and technology for nearly 20 years. He can be reached at mmigliore@inda.media or +1 919.459.3754.

Filter media players step up in the fight against COVID-19, but questions about the long-term supply persist